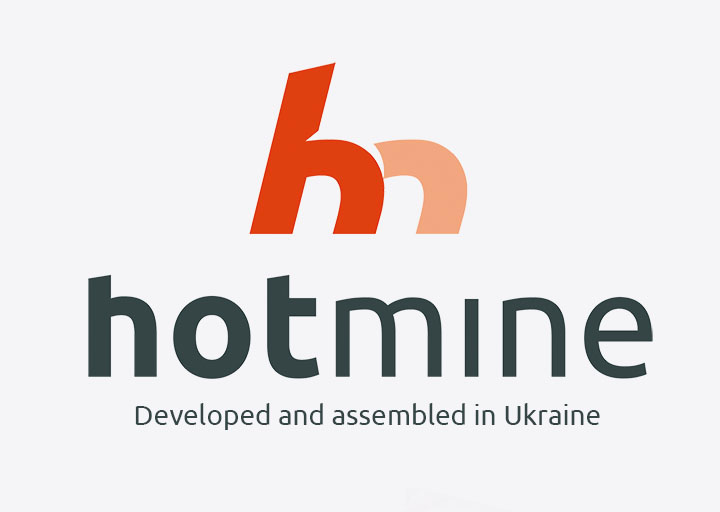 Our company "Hotmine" is engaged in supply and development of modern mining equipment for Bitcoin throughout Ukraine, Georgia, Russia, USA, Canada, India, Korea and Kazakhstan.

We are not just a company that is developing technologies for Bitcoin mining equipment, production of miners at the industrial level and development of infrastructure of a blockchain in Ukraine. We are a company that works openly, we are the major participant in the crypto community that sees the future of the crypto-world, while working in it. We are entrepreneurs, leaders and initiators. We are generating new innovations, defying conventions and we are not being afraid of complexities.